AN HONORARY MENTION  IN KUOPIIO 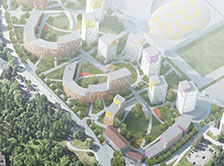 AN HONORARY MENTION  IN ISOPELTO 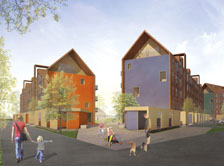 Vaahterakoti is a  sheltered  home  in Järvenpää.  Facades are made of colored concrete with diagonal grooves. Changes in lighting conditions and viewing angles produce subtle variations to the facades. Smooth white surfaces and graphic concrete designs  have been used as accents in the facades. 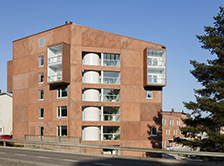 As Oy Helsingin Pablo is completed in Atrium city block, Jätkäsaari district, Helsinki. There is a six-storey high atrium space in the heart of the building, providing natural light and interesting spatial views for inhabitants. 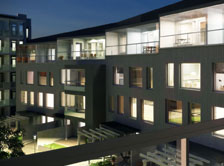 Keski-Pasila northern blocks general plan designed by ARK-house architects ltd. The total area of the plan is 45 200 sqm and it consist mainly of housing, office, business and sports facilities. 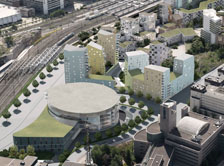 ARK-house arkkitehdit Oy won the Oulu Lasaretti competition. The assignment was to lay out 13 000 sqm of new housing into 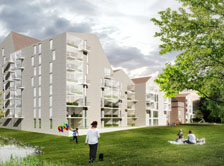 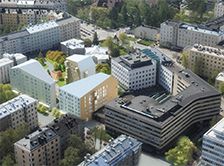 ARK-house arkkitehdit won the design for the new housing project in Töölö. Töölöntullinkatu 4-6 office buildings are to be replaced with 3 newapartment buildings. Total floor area of the project is approximately 10 000 sqm. 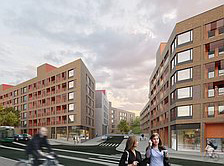 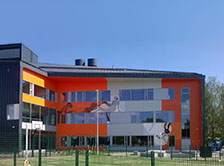 Nikkilän Sydän is a 8 800 sqm school  project situated in Nikkilä Finland. The main building is completed (2016) and ARK-house is at the moment drawing the designs for the new extension wing.

6th building stage of the large housing project has been completed. The building site is situated in Pasila area, Helsinki. 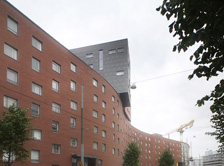 A Member of The Association of Finnish Architects' Offices (ATL)

ARK-house arkkitehdit Oy won 1. Prize in Invited competition organized by City of Helsinki and Bonava. The Jury praised especially the design of the apartments and fitting of the buildings to the site with a small footprint thus conserving the existing nature. More >> 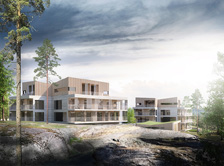